Our efforts in Vietnam are focused on the problems Agent Orange-caused birth defects.

Agent Orange was a tactical herbicide used by the U.S. military from 1962 to 1975, named for the orange band around the storage barrel. The military sprayed millions of gallons of Agent Orange and other tactical herbicides on trees, vegetation, and food crops, during the Vietnam War. An estimated 600,000 people were deprived of food per year through herbicide spraying. 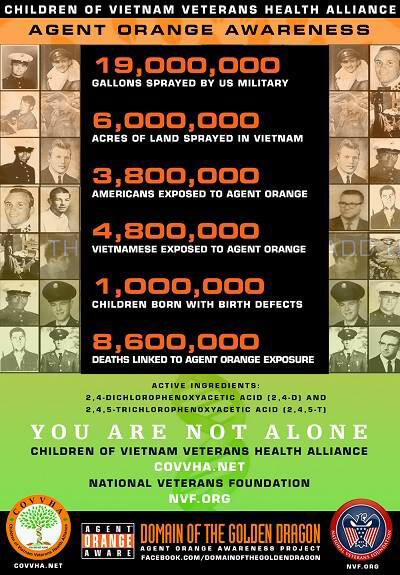